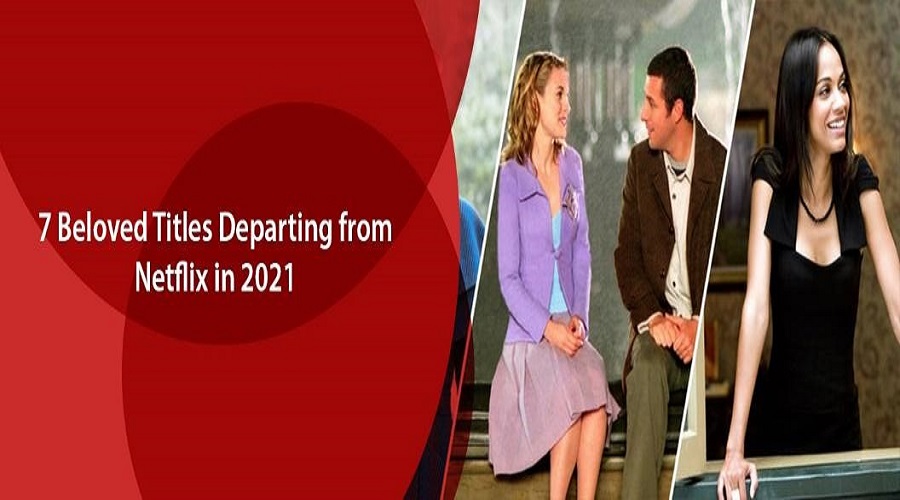 Netflix is a magical place filled with exciting content for everyone to enjoy. No matter what age group you may belong to or what your mood may be, there is always something engaging to watch on this phenomenal platform.

Unfortunately, this legendary platform does have its limits. Since each month new content comes pouring down onto the Netflix servers, some of the old content has to bid you farewell.  We have listed down some of the most beloved titles that have either departed or will be leaving this platform in 2021. Let’s check out those titles. Just don’t be too upset:

Thankfully, you do not have to worry about Netflix dropping these shows and you not being able to find them. A simple and convenient solution is to download all the shows from the pirate bay and keep it on your hard drive. That ways whenever you feel the need to catch your favourite shows, all you need to do is open your system, plug in the hard drive, get some popcorn and get all nostalgic!

Goodfellas is home to one of the best performances by legendary actors like Robert De Niro, Joe Pesci, and Ray Liotta. The film portrays the life of a mobster with his criminal activities and his personal life brilliantly.

For those who are unaware of this gem, the story features the life of Henry Hill (portrayed by Ray Liotta) who spends time with his mob buddies while struggling in relationship with his wife Karen (portrayed by Lorraine Bracco). To date, this is one of the best biographies that Hollywood has to offer.

Weeds displayed a unique perspective on a suburban mother’s life as she decides to set up a fake bakery so she could become a secret marijuana dealer for the neighborhood. The sad demise of her late husband did not strike her as hard as the fact that she might lose her privileged lifestyle. Thus, the journey of a pot-dealing mother began.

The show may have had its ups and downs but it sure was quite an entertaining sight for fans in search of some light comedy. Moreover, phenomenal actors such as Mary-Louise Parker, Hunter Parrish, and Alexander Gould made the show definitely worth watching.

Maybe it is not the best time for biographies on Netflix as sadly this masterpiece is also set to depart from Netflix this year. Focusing on the life of P.L Travers (portrayed by Emma Thompson), the movie shows how a reluctant encounter with the legendary Walt Disney (portrayed by Tom Hanks), gave birth to the concept of Mary Poppins on the big screen. The movie further highlights amazing performances by actors like Annie Rose Buckley, Colin Farrell, Ruth Wilson, and several others.

Another sad departure from Netflix is this drama series. Featuring the life of Daniel Holden (portrayed by Aden Young), the show told us how he must get his life back together after serving 19 years on Death Row in Georgia.

His wrongful conviction led him down a strange path, one which was very difficult to ever recover from. After four remarkable seasons, the show came to a close and is now departing from Netflix. If you are interested in the brilliant performances of actors like Abigail Spencer, J. Smith-Cameron, and Adelaide Clemens, this is the show to watch before it leaves for good.

Timothy Woodward Jr. brought forward another exceptional western movie spectacle to Hollywood in 2019. The Outsider focuses on the life of a railroad worker, Jing Phang (portrayed by Jonathan Patrick Foo). It shows how he ended up against the most corrupt lawman, Marshal Walker (portrayed by Trace Adkins), which forced him to choose between his beloved family and justice. You might want to catch this beautiful storyline as well before you miss the chance.

Even though this show had only two seasons, it left quite a mark on many people’s hearts. Revolving around the life of Andy Millman (portrayed by Ricky Gervais), the show highlights struggles of a person with amazing acting skills.

Despite having a great script and skills, he has no other option but to carry on with his useless agent until a time comes when he can make his move. You need to watch the movie yourself to find out what happens next. Other notable actors performing in this TV show include Ashley Jensen, Stephen Merchant, and Shaun Williamson.

Netflix has some sad news for kids as well as Chicken Little is also set to leave Netflix sometime in 2021. The story of a courageous chicken who overcomes all odds to stand against the threat of an alien invasion is nothing short of lovable. Voice actors such as Zach Braff, Garry Marshall, and Don Knotts have given an appealing life to characters in the story. If your kid hasn’t watched the movie yet, make sure they do before it leaves the platform.

While these titles may be departing from your beloved platform, there are plenty more titles that you may seek comfort in, moving forward. All you need is a reliable internet service like Optimum internet, so you can watch your favorite content in HD quality and minimal buffer. Simply log on to BuyTVInternetPhone and find out about such reliable internet service providers in your region.