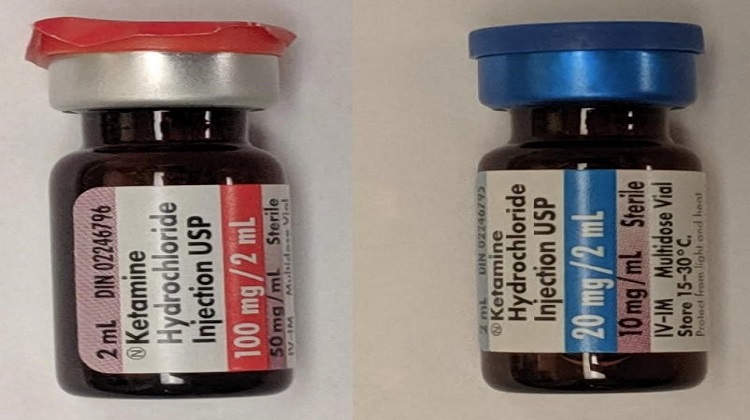 Ketamine is a Class III drug and a strong medicine that can cause a lack of consciousness or anesthesia in humans. Hospitals and other medical institutions use it on patients as an anesthetic, but sadly Ketamine is regularly abused by millions worldwide as a recreational drug.

It is a great thing if it’s used in the right manner under medical supervision, but it can be a cause of serious tragedies and deaths if used or abused in the wrong way. It is available in most countries both legally and illicitly in the black market and streets. We will get to know about the substance, its uses, effects, and drug abuse.

Ketamine was discovered in 1962 and became a Class III scheduled drug in 1999 in the USA. Scientists and researchers are trying to find new innovative uses of the substance while many people worldwide abuse the drug. It is an NDMA receptor anesthetic antagonist with a structure similar to PCP. It can cause hallucinations and detachment from the real world also.

It removes pain in low doses and can cause anesthesia before minor and major surgeries. Animal doctors and vets use it for anesthesia in animals, too, and as an induction agent. However, as it can cause hallucinations, it is rarely used as a primary medication for both humans and animals. It is given through IV line or injected into the muscles.

Ketamine helps in cases of emergency because it is a dissociative sedative. It is mainly used in controlling seizures, emergency surgeries, orthopedic processes, skin grafting, ER sedative, cardiac catheterization, and diagnosis.

Ketamine should be used only by certified medical workers and in adequate doses. It is safe to use and preserves the protective airway reflexes when used along with stimulating blood circulation instead of depressing it. Even though Ketamine has so many medicinal uses, people still use it as a drug of choice.

Any chemical or natural substance that alters senses and causes intoxication in humans has been abused since the beginning of time. Ketamine has the same story and is one of the most abused drugs all over the world. In the USA, people began heavy use of the drug in the late 80s and 90s. In some countries, it is available legally, but it is available worldwide on the streets and black markets.

Usually, humans use Ketamine by snorting or swallowing it. Another way of using it is injecting it, but it is less common than the other types. Upon injecting, the drug starts affecting the body within 30 seconds and is in full effect after 5 minutes. Based on the purity of the substance, its effects last for around 1-2 hours.

The effect of the drug is different for each person as the weight, age, size, and other factors play a role in that. Quantity of the drug used and the purity also play a huge part. Some teens mix Ketamine with cannabis, heroin, etc., and this can be very dangerous and even lethal.

Some users have a good experience, while some have a bad one using Ketamine. In some severe cases, people have also died because of Ketamine overdose. The shocking thing is both teens and grown adults willfully abuse the drug to experience its effects.

Drugs are an ever-increasing menace to society that cause many deaths and severe illness worldwide. Many organizations and institutes in the USA help and treat people involved with drug issues and overdose. They offer rehab programs to addicts and help them leave substance abuse and lead a normal life.

If you or any of your loved ones suffer from addiction, you should visit a Ketamine rehab or Kentucky alcohol rehab centre. You will get access to the best medical facilities, trained medical professionals, and other rehab processes.

Ketamine is used by medical practitioners worldwide as an anesthetic but is a popular drug of abuse as well. More and more are falling into its trap and dying of overdose and other adverse effects. We learned the basic things about Ketamine and how it is abused as a drug. We advise everyone reading to stay away from drug abuse and take medical attention if needed to leave your addiction behind and live a happy and normal life.