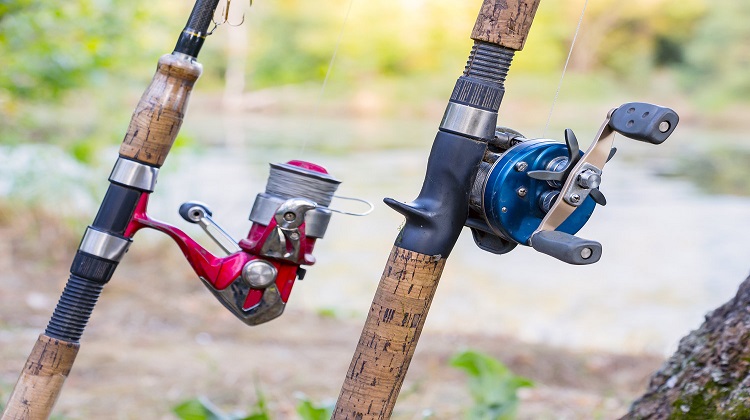 The last several decades have seen countless improvements in fishing techniques and technology. But throughout all these changes, one thing remains true: spinning tackle is still a staple in the fishing industry, especially in sports fishing. This is most apparent in light tackle fishing, where conventional spinning reels easily outperform their baitcasting counterparts.

The spinning reel is one of the essential pieces of any fishing gear. It consists of a fixed spool that is held beneath the rod positioned perpendicular to it. The spinning reel’s line is pulled out by the tackle’s weight. This configuration offers many advantages, some of which are discussed below:

It is Extremely Versatile

Perhaps the biggest draw of the spinning reel is its versatility. It is ideal for casting several types of tackle, including artificial lures and live baits. And as mentioned before, it is particularly effective for throwing a light tackle as it only needs to pull in the weight of the line and not of the rotating spool, which is heavier.

With spinning reels, it does not matter if you are left or right-handed. The reel handle is swappable in most models, allowing you to switch to the side you prefer. The same thing could not be said of baitcasters, where you get stuck with either a right-hand or left-hand model once you buy it.

A spinning reel is a perfect choice if you are looking for a starting rod-and-reel package. It is great for anglers exploring a wide variety of fishing lures and tackle. Aside from its versatility, it is relatively simple to use, which is another reason why it is so popular.

It Allows You to Cast Light Lures Further

For people using light lures, a common problem is how to cast them far enough to be effective. You could use the perfect lure and have the perfect weather, but your lure would refuse to go further than four feet without the proper gear and technique.

Armed with spinning reels, you could throw light lures much farther. It is effective for weightless baits and lures of up to ¼ of an ounce in weight. Baitcasters provide better control for heavier lures, but the top sports fishing professionals still use spinning tackle for shaky heads, dropshot fishing, and throwing light jerkbaits.

It Allows Your Lure to Sink Straighter

Most baitcasters have the pendulum effect where the lure would swing as it goes down into the water. This is due to the resistance that it encounters from the rotational spool as it sinks. But a spinning tackle allows your lure to sink in a straight line. It is one of its critical yet often overlooked benefits, helpful when fishing through pilings, standing timber, seawalls, steep bluffs, and other forms of vertical cover. It is also crucial when targeting current breaks.

You Can Easily Adjust the Drag

When fighting with a fish, it is important to have total control over the amount of drag on the reel. With a spinning reel, this is exactly what you get. Whether the drag is at the front or at the rear, spinning drag reels are much more accessible than in baitcasters. What is more, they have generous graduations, which means that you can adjust the drag through the full range as you reel in a fish.

Author Bio: Nicky Bella is a copywriter and content strategist. She helps businesses stop playing around with content marketing and start seeing the tangible ROI. She loves writing as much as she loves the cake.