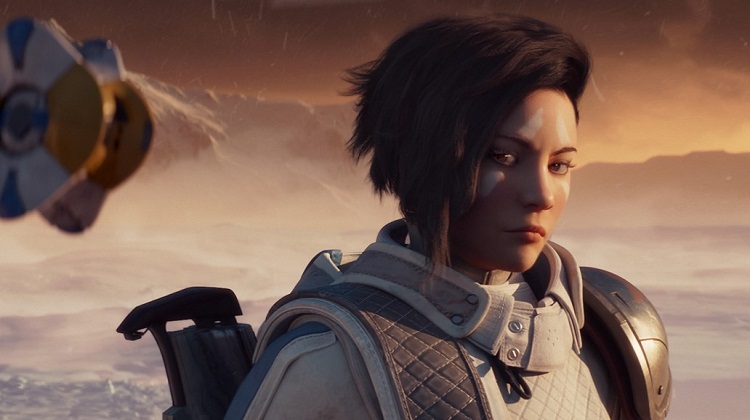 Following the big Destiny 2: Warmind revealed earlier this week, today’s This Week At Bungie blog post delves into one of the big changes coming to the game with the start of Season 3 in May: The quest to make exotics feel more exotic. “Much of the achievement of this goal will come in the form of exotic masterpieces, which, according to senior investment designer Mark Uyeda,” will create new in-game goals for amateur players and boost activities. specific with these long tail pursuits “.

But completing specific objectives with the Catalyzed weapon will take it to its Masterwork end state, with stat bonuses and / or new perks applied.

“Some masterpieces will require you to do just one thing, while others will have multiple stages. These goals will vary in difficulty and length, but will not be determined by RNG,” Uyeda explained. “The point of these objectives is to get the player to engage with the weapon they wish to turn into a complete masterpiece.”

Exotic Masterpieces apply to all accounts, so once you have it on one of your characters, everyone will have access to it. Duplicate Exotic Drops during the Masterwork process will appear in the current Masterwork state, and the quests to complete each process will not take up space in your inventory – everything will appear on the weapon details screen. Not all Exotic weapons will be ready for Masterwork at the start of Season 3, and Bungie has also warned that it will not be releasing any guides on how to acquire Masterwork Exotics – check it out or go for it.

The update also includes new previews of the Amplified Exotics. Last week it was Graviton Lance, Skyburner’s Oath and Rat King; Today we are going to see Tractor Cannon and Hard Light. Tractor Cannon will have a buff applied which adds suppression (stops all live supers and prevents opponents from using abilities in PvP, makes enemies “curl up and crawl” in PvE) and “significant weakness” to Void damage , which as you can see in this Bracus Zahn beat works pretty well.

Indirect fire isn’t the most efficient way to kill people, but this upgrade should make Hard Light catalyst a full blast killing machine under the right circumstances.

Bungie also talked about Borealis, but since it’s a PlayStation-exclusive sniper rifle, we’re skipping that one. Also: Boooooo!

The post also went into details on the Crucible ranking, which will be measured in Valor, based on the end of Casual matches, and Glory, which will increase and decrease based on your performance in competitive play. There will be six ranks in all, ranging from Guardian to Brave, Heroic, Fabled, Mythic, and Legend, with rewards including ornaments, emblems, and weapons earned at specific levels.

Interestingly, Bungie is also working on changes to Crucible matchmaking aimed at correcting the imbalance between solo players and organized fire teams. Generally speaking, hiking packs tend not to do very well against teams of coordinated opponents. (Believe me, that’s true.) Derek Carroll, PvP Design Manager, said single-player players of all skill levels currently earn less than half the games they play.

“We’re doing a few tweaks under the hood to try to make sure that even when solo players end up fighting fire crews, they’ll do it on a more even battlefield,” he said.

“We’re doing a few tweaks under the hood to try to make sure that even when solo players end up fighting fire crews, they’ll do it on a more uniform battlefield,” he said.

“Instead of using your normal skill value when you’re in a Fireteam, we’ll use a modified value that takes into account the size of your Fireteam. The bigger your Fireteam, the bigger the potential modification. trying to negate the advantage of team play altogether, so our initial values are conservative and can (and will be) adjusted as we see the system working in nature. “