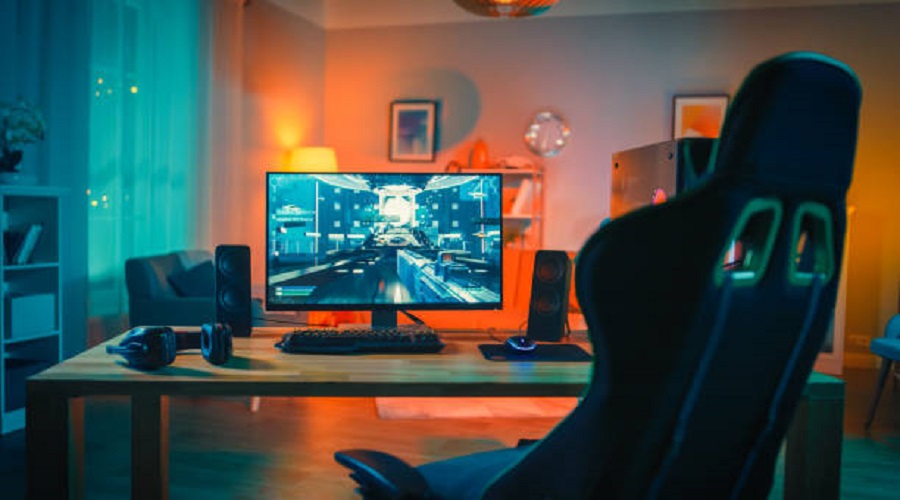 Learning how to trade Warframe is, like everything in Digital Extremes’ free-to-play shooter, a complicated process. But the rewards are well worth it. If you know how to trade, you can outfit your Warframe and weapons with the best mods, acquire rare blueprints, and even earn Platinum, the in-game premium currency used for everything from directly purchasing Warframes to purchasing cosmetics. nice. Even if you’re just a casual gamer, knowing how to trade Warframe will open up a ton of options for you.

Unlike similar games, Warframe does not have a central auction house to facilitate trade between players. But fear not, this guide will teach you the two basic methods of trading in Warframe while also pointing you to some practical resources that will help you determine what a fair price is.

How to unlock trading in Warframe

Before you can become a Merchant Tycoon in Warframe, you will first need to achieve Mastery Rank 2 on your profile by upgrading several Warframes or weapons to level 30. If you are a brand new player, don’t worry, this should only takes a few hours.

Your Mastery Rank is an overall indication of your progress in Warframe, but it also determines the number of trades you can complete per day. At Mastery Rank 2, you can trade twice per day and this number increases by one with each new Rank you reach. A Master Rank 20 player, for example, can trade 20 times per day.

How to trade Warframe

Trade in Warframe takes place in one of two locations: a Clan Dojo or the Maroo Bazaar. We’ll cover the Clan Dojo method first, as it’s the most common way to negotiate.

Most players prefer to exchange their items for Platinum (often spelled “ p ”), Warframe’s in-game currency. You can buy Platinum for real money or sell items to craft it.

In Warframe, clans are basically guilds run by players that you join to find friends to play with and access all kinds of handy features, one of them being access to a trading post. This structure, which is placed in your Clan Dojo (you may need to ask someone from your Clan where it is if you can’t find it), makes it easier to trade with any other player who is physically in your dojo.

The basic steps of a trade are:

Find someone you want to buy or sell to

Decide which player will invite the other to their dojo, then ask them to send an invite

If you invite the other player to your dojo, head to your dojo from the star map and, once there, hover over that player’s icon and select the option to invite them to your dojo.

Once the other player enters your dojo, head to your trading post and select their name to open the trade window.

How do I find people to talk to?

This is the most complicated step as there are a variety of ways to find people to trade with in Warframe. But, in general, there are three main approaches.

The first method of finding trades is Trade Chat, a channel in Warframe’s chat interface where players are constantly sharing items they are looking to buy or sell. To access the commercial chat, open the chat window and select the button that looks like two arrows in a circle, and you will instantly be bombarded with thousands of player advertising items. Depending on what you are looking to do, you can select the magnifying glass icon at the top left of the chat window to set up a chat filter, which will help you search for specific items or for buyers and sellers. based on specific keywords.

Let’s take a look at some basic chat lingo.

WTB stands for ‘wanting to buy’.

WTS stands for “want to sell”.

PC stands for “price check” – the player wants others to tell them what they would pay for an item.

So if you want to make the Trade Chat a little easier to read, you can filter it to show “WTS” so you only see what players are trying to sell.

You will notice that most of the items are enclosed in square brackets, which you can click to see a tooltip describing what the particular item is. You can do this yourself by placing these brackets around the name of your item as you type it in the chat.

Once you find a player in Trade Chat that you want to trade with, you can whisper to them to start the trade or haggle the price. Once everything is agreed, refer to the steps in the last section to complete the operation.

Warframe.Market, a third-party auction house where you can search for items to buy and see a list of everyone who is selling that item, is the second method for finding trades. From there, you can either copy a message to paste into the chat window which will send them a message and offer to exchange, or, if you create an account, you can message them through the website. You can also create your own lists to sell items, and players will then send you a message through the website or an in-game trade offer. It is very convenient.

One downside to Warframe.Market is that while there is a way to see if people are online or not, it’s not always accurate. Sometimes you will send a message to players who are actually offline, AFK, or not playing in the same time zone as you. This is not a big deal, however, as there are always other people selling similar items.

The third method for finding trades is the official Warframe forums. Players will create threads to announce the items they need to sell or want to buy and you can respond with your trade offer and then schedule an in-game meeting time to complete the transaction.

What is the commercial tax?

Welcome to the boring downside of trading. Each time you receive an item by trade in Warframe, it is subject to a tax paid in credits, the base currency of Warframe. This fee varies depending on the rarity of the item you receive.

In most exchanges, both players will have to pay a trade tax for the items they receive, even if the item is platinum.

Fortunately, this fee is quite low and ranges from 500 to 8,000 credits for most items. However, Legendary mods and Tier 3 Arcana are subject to a staggering trade tax of one million credits. This table on the Warframe wiki breaks down the tax for each type of item.

Additionally, some clans may charge an additional Clan Tax on trades. It is quite rare, fortunately. But if you’re invited to someone’s dojo who has a Clan Tax, you might want to invite them to your dojo instead, or cancel the trade altogether.

How to trade with Maroo’s Bazaar

If you don’t have a dojo to host trades, one option is Maroo’s Bazaar. This relay station is currently in orbit around Mars. When you enter the Maroo Bazaar, you will sometimes be given a choice of an instance to join depending on the population. Always pick the one that is “busy” so that you are with as many players as possible.

Maroo’s Bazaar is a unique place in Warframe in that it acts as a flea market where players can meet and organize in-person trades. Entering the main lobby after spawning on the landing pad, you’ll find Maroo herself and other players looking to trade. As you walk around, you will see Warframes with their hands raised, indicating that they have items for sale which you can see listed above their heads. If you want any of these items, you can whisper to that player to negotiate a price.

You can raise your hand and sell items to players by holding down the “Q” key which makes the cogwheel appear. You will see a new option titled “Configure Shop” which will take you to the trade screen where you can select up to five items to display. Once chosen, your Warframe will raise its hand and you can find a visible spot for other players to check out what you have.

Whether you buy or sell in the Maroo Bazaar, the trading interface is exactly the same as the one used in the Clan Dojo.

One thing to keep in mind is that Maroo’s Bazaar is subject to an additional 10% business tax.

What items can I exchange?

Anything you own is not available to be traded to other players. Before looking to sell or buy an item, check this list to make sure it is truly tradable.

Here are some items you cannot trade:

Forma, Orokin Catalysts and Reactors and their required plans

How can I make sure I get the best deal?

Because Warframe does not have a centralized economy, you always risk overpaying or getting too little for an item. To avoid getting ripped off, there are a few tools that help track the going rate for certain items.

First, always check the prices on Warframe.Market to make sure it is within an acceptable range of other listings. Another useful tool is the Nexus-Stats website, which scours the Warframe Trade Chat to collect information on the current prices that people are listing their items for. I also recommend that you join an active, populated clan that you can turn to for advice. If you are unsure whether a deal is fair or not, your clan mates should be able to help you make a decision.