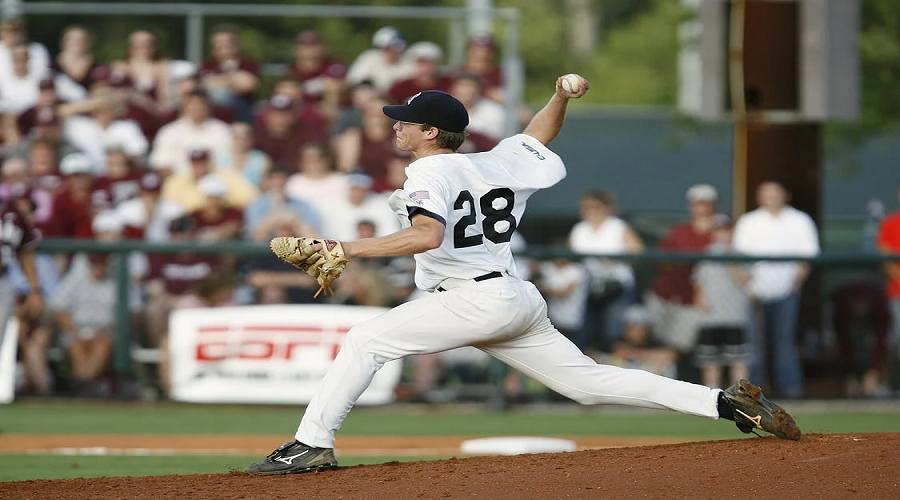 One of the most memorable memories of my childhood involves going to a game at Wrigley Field in Chicago to watch my city’s favorite baseball team, the Cubs (or “Cubbies” as the local natives affectionately call them. It was a day sure to be filled with popcorn, hot dogs, frozen yogurt, foul smelling beer, trough-style urinals, and enough happy memories to fill a young, impressionable mind full of stories to regale.

But what would it be that would catch my eye most? Was it the architecture of one of the oldest, most well-known sports stadiums in the world? Or was it the ballplayers who have worked their bodies into killer physiques that my young, impressionable mind would have been powerless to ignore? No. It was the logos, the colors, the jerseys, and most of all… the team banners.

When done right, baseball team banners are great tools to colorfully and creatively advertise your program to the public in a fun, eye-catching ways. A lot goes into the creative process in regards to creating a design from scratch, but luckily I’ve had years of experience in creating them for a variety of sports teams and can help beginners along the way. 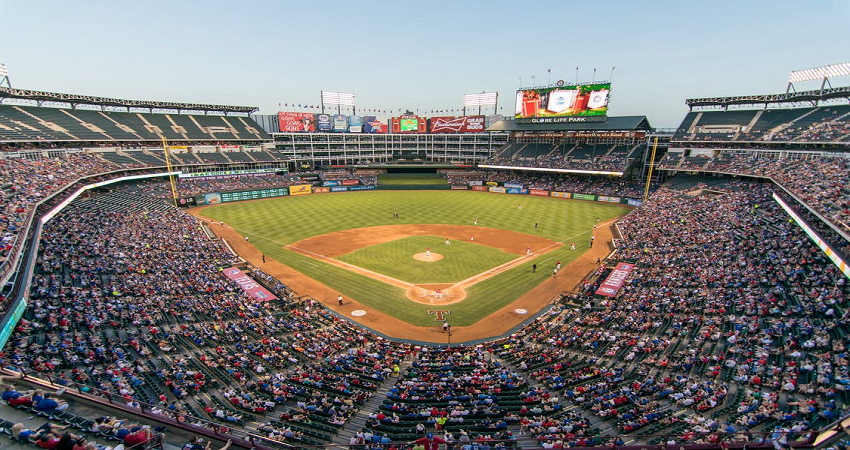 So first and foremost, you need to know what you will be advertising. Is it for a baseball club, organization, team, or program? Once you know that, you’ll have no problem deciding on what image will best capture what you’ll want to show to the masses.

For another example: St. Christopher’s Crosses is a little league team hailing out of Baltimore, Maryland. Their team won state last year and would love to brag about it in their tiny hamlet of two-thousand citizens. The best main image or photograph for them would be your standard team photo, but with their championship trophy proudly tucked in the middle of the group.

Some choose an extremely minimalist approach and make the background a primary color with a small photo in the center. I wouldn’t recommend that as the more interesting and colorful the image, the more eye-catching.

If you’ve gotten this far and you don’t have a logo, then you should probably slow down. The logo is one of the most important images your organization has to advertise itself. Whether that be a baseball team, a statistics club for kids who can’t play the game themselves, or another type of baseball club, a logo makes you stand out, be professional, and look cool while doing it.

Logos should be small, easily-distinguishable shapes or images that can summarize your team easily. Minimalistic approaches are most common as when it comes to the printing process, the fewer colors and easier the shapes, the better the images translate. If your baseball group’s name is the “Kane County Cats”, then your logo should be a baseball with a kitten playing with it like a ball of yard. Remember just to keep it simple, sweetie!

Just be careful when printing or selling materials. If the logo already exists for a copyrighted, branded team name, you may be violating American Copyright law.

For more information, and to find out how to get permission from the MLB: https://www.sportsrec.com/use-mlb-logos-7717585.html

Here is the stickler that gets a lot of banners taken down or renders them unnoticed to most in attendance at your next baseball game: typeface is everything. Deciding on how the words look, the size, and the spacing is of utmost importance as this will advertise your team above all other aspects of the banner.

Fonts should be large, easily-legible, and in contrast to the background colors in the main photograph or color used in the background (see Step 1). Only one, maybe two, fonts should be used throughout the entire design as any more may look cluttered and tacky. The last thing you want your baseball team to come across as is tacky. Trust me.

Let’s face it, when it comes to advertisements everyone knows that the bigger, the better. This absolutely doesn’t stop when it comes time to think about how big you’re willing to go for your baseball team. Some stadiums have entire facade-filling cloth banners that take up entire city blocks alongside their brick exteriors while smaller baseball fields even have billboard-sized banners in the outfield.

The choice is yours when designing your banner, but always keep your audience in mind. And remember, American baseball has a long-standing tradition of hoisting the national flag at games, so make sure you don’t outshine Old Glory. Click here if you want to know more about the history of the flag in American Baseball. 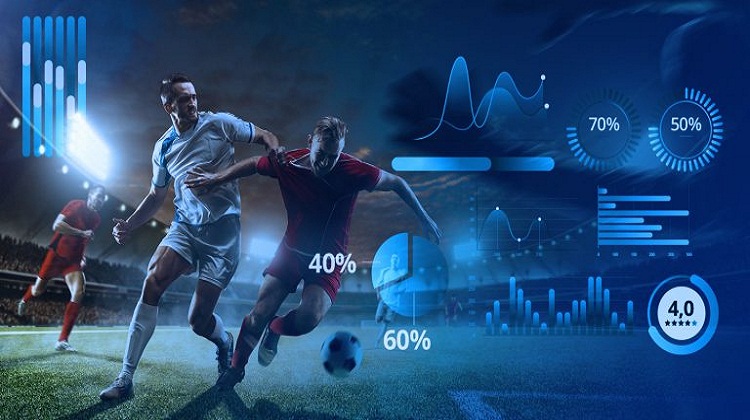 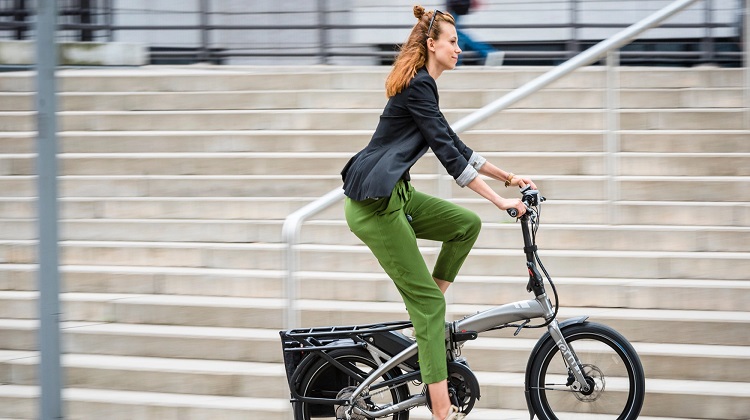 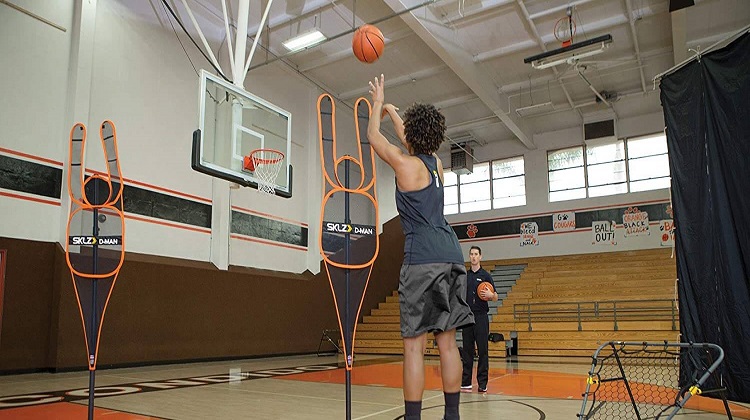 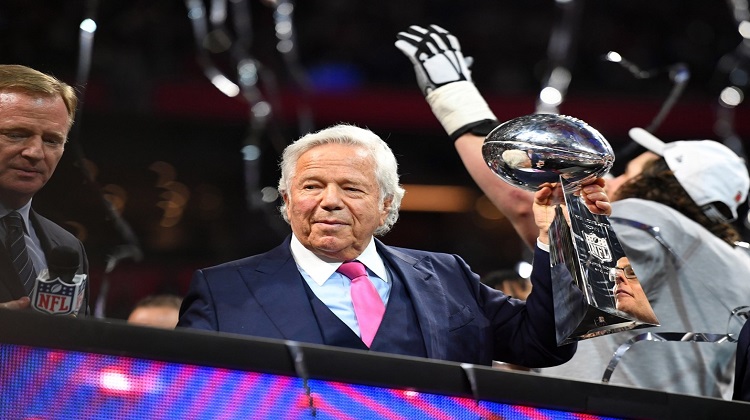 Does Robert Kraft Deserve to Be in the Pro Football Hall of Fame? The Case for Induction