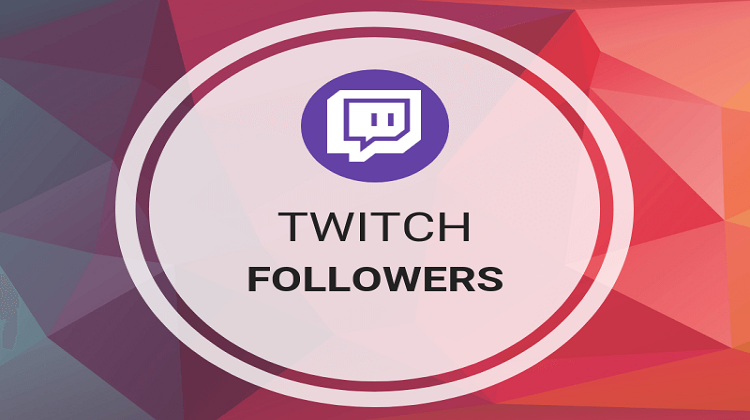 Streaming live content is getting more and more popular, especially among today’s digitally-grown youth. Twitch is the crowd’s favorite, with millions of users watching live content concurrently on the platform. Twitch users engage with streamers or between each other while enjoying various live events or broadcasts. Other than its viewers, many Twitch users are also broadcasters on the platform. They play video games, react to other content with their followers, broadcast their daily lives or different skills, and more.

As of 2021, there are more than 3.3 million streamers on Twitch per month on average. They all trying to build their own Twitch community by getting as many Twitch followers as they can. So they can acquire more paid subscribers and become a member of the Twitch partner program. Besides these, followers are essential to have consistent viewership in every stream as followers are notified by Twitch when the streamer goes live.

There are thousands of concurrent streams on Twitch. So you should think thoroughly about which games or live content you want to stream. It is a good practice to look for games that have 5 to 20 streamers. So you won’t get lost among countless streamers on the game page.

Having a creative title for a Twitch stream is most often overlooked. However, titles are one of the most important things to consider. You should come up with creative, if not provocative, titles and descriptions to lure viewers.

It is also helpful to include the language of your stream as some games are more popular in a certain language. So if a game is more popular among English-speakers or your native language, you should add your title as an indication for it.

You should advertise yourself on social media platforms as nobody is going to do that for you. Try to upload entertaining clips from your recent streams to YouTube, Instagram, Twitter, and more. Share your twitch link on every platform possible. So you can get more viewers and followers in return.

Engage with Other Streamers

Stay active in other streamers’ chat. Other viewers in chat might find what you’ve got to offer to them in your streams.

You can donate or subscribe to streamers that you’ve enjoyed. You should also build friendships with other streamers. So that they can host your stream when they end theirs, and vice versa.

Streaming for a few hours in a day will not get you a considerable number of Twitch followers. You should at least stream more than three hours a day to improve your ranking on Twitch. It is also important to have a streaming schedule that is visible on the about section.

You can also buy twitch followers to boost your account, especially for the first phase. Buying Twitch followers is a common strategy even among the most popular streamers.

There are many Twitch followers over the internet. However, most of them are too expensive without any guarantee. You can use InstaFollowers, which offers a fast and reliable service if you decide to buy twitch followers to grow your Twitch account.

To Sum Up How to Get More Twitch Followers

Twitch is getting increasingly popular as more and more people shifted their viewing habits into live streams. As the user base expands, Twitch streamers are also increased tremendously in a relatively short time. So it can be very difficult to have consistent viewers and followers for your Twitch streams. You can follow the given strategies in the article to get more Twitch followers.