Mann Mayal (مَن مَائل, literally “heart inclined”) is a Pakistani romantic drama serial that aired on Hum TV from 25 January 2016 to 5 September 2016.[1] It is written by Samira Fazal and directed by Haseeb Hassan.[2] The series centers on the lives of Manahil and Salahuddin who fall in love with each other, but due to their social class differences Salahuddin refuses to marry Manahil. She then lives in an abusive marriage, while Salahuddin succeeds in his ambitions. After three year they fall for each other once again.[3]

It was co-created and co-produced by the creative head Momina Duraid with Sana Shahnawaz, Samina Humayun Saeed and Tariq Shah. The show was first aired on Hum TV, as a part of night programming all under Duraid’s production company.[4][5][6] Mann Mayal has an ensemble cast with Hamza Ali Abbasi as Salahhudin, Maya Ali as Manahil in leading roles, with the supporting cast Aiman Khan as Beeya, Saba Hameed, Naeem Tahir, Shehryar Zaidi, Ismat Zaidi, Mehmood Aslam, Laila Zuberi and Talat Hussain[7][8][9] The show is set in Hyderabad and Karachi, Sindh. Mann Mayal premiered in Pakistan, UK, USA and UAE with same premier date and timings.

Mann Mayal depicts the story of a Beautiful girl Manahil ‘Mannu’ (Maya Ali) who lives in a joint family in Hyderabad and her neighbour Salahuddin (Hamza Ali Abbasi). He is ambitious for studies but is however asked by Manahil’s father to give tuition to Manahil because of her low grades. Both fall in love but Salahuddin refuses to marry Manahil due to their social-class status and due to fear of rejection from her family. Manahil’s parents accept the proposal of Mikaeel (Gohar Rasheed), who is unknown to Manahil’s family, is a spoiled-habitual person. Salahuddin says last goodbyes to Manahil before her marriage only to end up in allegation that he took her, he then settles things out and leaves for Karachi to work at his friend Ifti’s (Vasay Chaudhry) firm, where he meets Ifti’s father Rehman (Talat Hussain) who is dying of cancer and is treated poorly by his daughter in-law, Cookie, (Arjumand Rahim) and housekeeper, Jameel (Saleem Mairaj). Salahuddin and Rehman develop a close bond and they confide in each other.[10]

Salahuddin starts to take care of Rehman while Manahil marries Mikaeel who proves to be an abusive husband and also who has a gambling problem. Tensions between Salahuddin and Ifti rise when Cookie often deliberately blames Salahuddin, who makes a deal with Cookie to take care of Rehman on his own. Rehman later dies of his cancer and leaves his property to Salahuddin. Jameel asks Salahuddin for forgiveness and both develop a close friendship. After a one-year leap, Salahuddin becomes a successful businessman while Manahil becomes a mother of a baby boy. Mikaeel’s behaviour becomes worse towards Manahil and their child. Despite breaking all ties with Manahil, Salahuddin secretly keeps an eye on Manahil through Jameel and blames himself for ruining her life. After three years, Salahuddin hires a new employee Jeena, (Ayesha Khan) she secretly falls in love with him, and starts to intervene his life by making breakfast, dinner and clothes for him. The series takes another leap of three years, where Manahil gives birth to her second child (a daughter) and Mikaeel, who is once again deep in gambling, completely cuts off his life from Manahil. With much distant, on one coincident, Manahil and Salahuddin come across each other again which led Salahuddin fall in deep love with her once again despite his relation with Jeena. 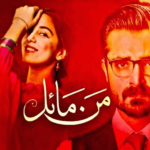 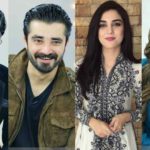 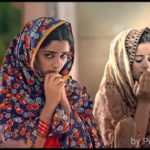 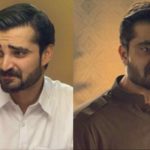 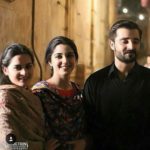 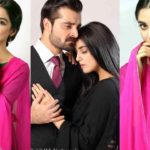 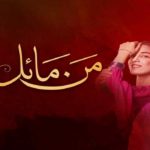 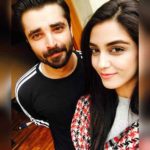 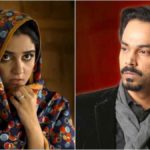 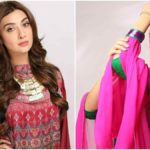