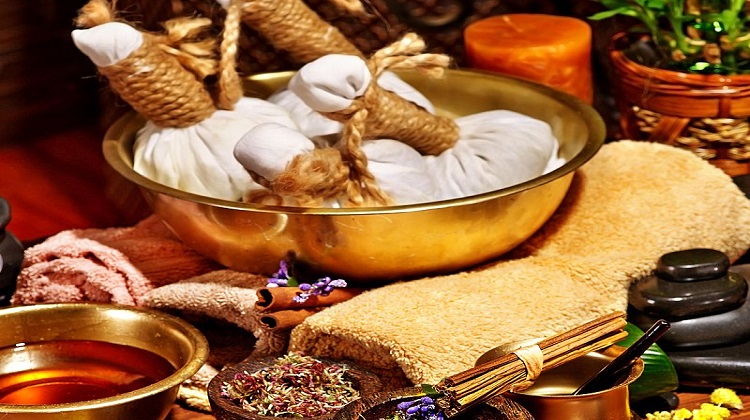 Ayurveda is the traditional medicine system practiced continually since at least 2500 years ago in the Indian subcontinent. It is a common belief that the authoritative text on which Ayurveda is based has been passed on from Gods to sages and then to human physicians.

Today, the Ayurvedic practice in India is regulated under the Ministry of AYUSH. AYUSH is an abbreviation for the traditional and alternative medicine systems practiced in India, including Ayurveda, Yoga, Unani, Siddha medicine, and Homeopathy.

What is Panchakarma? Panchakarma means five actions. It is a combination of detoxification and cleansing procedures prescribed by Ayurveda for physical, mental, and spiritual rejuvenation.

The doshas include Vata (space or air), pitta (fire), and Kapha (earth and water). These are metaphors for the nervous system, enzymes, and mucous respectively.

The interactions between the dhatus and doshas and significant imbalances created within the doshas are the main reason for bodily ailments.

Ayurveda seeks to restore balances within these elements by diagnosing the patients individually. As a healing science, Ayurveda prescribes both preventive and remedial measures but is more inclined to incorporate the former for a healthier life.

Ayurveda as a medical system in the Indian sub-continent developed considerably during the Vedic period, although the practice of drugs using vaidyans (physicians) must have been prevalent since time immemorial.

The primary authoritative texts of Ayurveda include the Charaka Samhita, the Sushruta Samhita, and the Bhela Samhita (Samhita – Compendium).

These works are ancient and mostly have iterations over centuries and are compilations of oral knowledge and traditional practices rather than a treatise. The therapy prescribed for various ailments includes complex concoctions of herbs, minerals, and metal substances.

What is panchakarma’s role in the prevention of lifestyle ailments?

In today’s fast-paced lifestyle, humans have led to a large spike in lifestyle disorders among the Indian population, especially in urban areas. Even the country’s youth is at risk of diseases such as hypertension, cholesterol, cardiovascular diseases, and obesity.

A high-calorie diet, no exercise, sedentary and workaholic lifestyles have led to a sharp increase in the number of youngsters falling victim to such conditions. The National Family, Health Survey conducted across India in representative households reveals that 13% of women and 9% of men are obese.

Obesity then leads to an assortment of other lifestyle disorders. The death rate because of heart disease is 165.8 per 100,000 population. As per a 2017 report by Down to Earth, 61% of deaths in India are due to lifestyle disorders as against infectious diseases.

Obesity, mental health disorders, cancer, heart, and respiratory infections are all leading causes of death in otherwise healthy individuals. Panchakarma has based on the proposition that the human body has the inherent ability to get better from sicknesses and self-healing capabilities.

However, panchakarma therapy helps the body by aiding it in this process. It is akin to that of preventive maintenance on modern industrial machines. Panchakarma helps the body get rid of toxic impurities and rejuvenate and strengthen bodily functions in a holistic manner.

Prophylactic panchakarma envisages a preventive attitude towards diseases while remedial/ therapeutic panchakarma focuses on specific conditions. However, one may not find such classifications in classical texts.

What are the panchakarma treatment stages?

It is the preparation stage of the panchakarma process. The intention here is to bring the doshas (those in imbalance) to the gut to eliminate from the body.

Therapies in this stage focus on bettering metabolism, removal of undigested substances. Apart from this, massages and lubrication therapy is done internally (orally) and externally to enhance the process of bringing toxins to the gut and removing them.

Based on the disease condition (in the case of remedial panchakarma) the doshas are excreted through the nearest route possible. However, other standard therapies such as emesis, purgation, nasal drug administration, and enema are also in practice.

Here the procedures are completed, and toxins flush out; however, the patient has a specified regimen in terms of food and lifestyle for a specified number of days. It revitalizes the body from the weakened strength due to the expulsion of doshas.

Panchakarma treatment is nothing but an ancient encapsulation of the saying prevention is better than cure.