Sun yara (Urdu: سُن یارا) was a Pakistani drama television series that aired on ARY Digital.[1] It is directed by Danish Nawaz, written by Asia Mirza and Produced by Humayun Saeed and Shahzad Nasib. Its first episode originally aired on 2 January 2017. It ran for approximately 40 minutes with commercials from 8:00pm-9:00pm every Monday evening until 17 July 2017. It stars Junaid Khan, Hira Salman and Zarnish Khan.

Sun yara begins with two families who are all set to meet at a wedding, Roshni who lives in Pindi comes to Karachi to attend the wedding of Lalarukh – her father’s first cousin. Though she has been aloof from her own relatives for some time -this trip is an opportunity for her to bond with the family.

Once she reaches Karachi, she injures her leg and everyone in the house gets busy taking care of her. Junaid Khan who’s playing the character of Talal is a very snobby doctor and Lalarukh’s brother, he turns red when he is called home for such a petty issue of looking at Roshni’s sprained leg.

The wedding starts and Tania, Saif’s sister, tries sticking to Talal but he avoids her. Lali’s rukhsati happens and she goes to her in-laws house. Saif loves her is unable to express his love in front of his family. Saif’s mother is good to Lali only if it’s about her interest. She asks Lali’s family for Hina’s hand for Mohib, Saif younger brother who is returning from Jeddah, but they learn that Hina’s marriage is fixed with Afaq, Shahla’s son. Lali’s inlaws get angry over her for this. She gets pregnant and Talal and his mother visit her and bring gifts where Tania tries to come close to him and he ignores her. Saif’s family is invited to dinner at Sikander Villa and are informed that Talal will come to pick them but Talal refuses and Khurram picks them. The next day Roshni’s father gets heart attack. Talal reaches pindi to console Dado and Roshni. Asad recovers and Roshni enjoys rain and Talal and she have a sweet moment. Talal advises Roshni to stay strong and returns to Karachi. Tania and her mother along with Lali come to stay at Sikander Villa for Hina’s engagement. On the way only Talal and Tania are in the car and when she openly flirts with him and leans on his shoulder he slaps her. When Tania goes to give milk to Talal at night, she closes the door from inside. Talal fails to understand her plan and she tells everyone that he tried to misbehave with her. Talal’s family believes him but Saif and his family keeps a condition that Lali will go back to her in-laws house only if Talal marries Tania to which Talal disagrees. Lali gets divorced and when this news reaches Roshni she calls Talal to know what has happened but Talal scolds her and says that there problems will not be solved by telling her. Talal goes Pindi and it is decided that Roshni will accompany him back to Karachi but before that Asad has another heart attack and passes away.

Some years passes and Talal and Lali try to make each other agree for marriage but both disagree. After many tries Rafia orders Talal to marry Roshni as she is a complete girl and not like Tania, or else she will get Roshni married to Khurram. After much reluctance, Talal finally agrees on the condition that only nikkah will be done and rukhsati will be done by his wish. Their nikkah is done. On the same night Talal and Roshni meet in the garden and he tells her that Lali loves her a lot and want to see her happy upon which she asks about his love for her, he leaves from there without answering her question.

Both share some romantic moments after nikkah as Roshni is still in Karachi cause of Hina’s marriage. One day Khurram asks Talal to look at Roshni’s pics to which he replies that when she is sittng in front of him live why to see these non-living pics. Roshni shies while everyone teases her.

Lali meets Tania while shopping who tells her about her marriage with Haroon and Saif’s second marriage with Sabohi. Tania tries to contact her and tells Saif about his son Ayaan and shows his pics.

Hina’s marriage is done. One day, Roshni slips cause of water fallen and Khurram teases her by saying that she has fallen second time and what if she slips on her rukhsati. She throws a pillow on him which hits Talal as he comes in between. Talal gives her medicines and advises not to hit someone if her target is so bad. Talal’s best friend Mustafa returns from abroad. He has loved Lali from the beginning but could not express. He talks to Talal about the same and Talal tries to make Lali agree for marriage by saying that he will divorce Roshni if she don’t marry Mustafa. Lali agrees but Roshni overhears this and feels used. She returns to Pindi after Lali’s marriage and acts rude to Talal. In the meantime, Talal agrees for rukhsati but Roshni disagrees. After much effort rukhsati is done. On the wedding night Roshni blames Talal for using her and cries. Talal gets angry as she points on his character and he scolds her and says that a man’s ego is like a sleeping snake when someone touches it, it wakes up and bites the one who has touched it. Roshni passes the whole night crying and gets fever the next day.

Lali starts liking Mustafa but Saif comes and forces her to let her meet his son. When Lali goes to meet him Mustafa sees her and sends her back to Karachi forever, which she doesn’t tell her family but Talal senses something wrong. Saif gets to know everything that his family has destroyed his married life and opens the door by which Tania falls and suffers miscarriage. Haroon leaves her at her mother’s house and takes Sabohi with him.

Tania calls Talal for apology but Roshni picks the call and tells Tania that he is busy and Tania asks her to tell him to call back her. Roshni feels that Tania is still there in Talal’s life as she don’t know the reason of Lali’s divorce and Tania framing Talal. Hina tells her everything and Roshni tries to talk to Talal but he ignores her. Roshni and Hina plan a surprise for Talal and Roshni and Talal patch-up. Khurram in a funny way tries to get doubt in Roshni mind against Talal by showing her pics of Talal and her lady colleague in hospital. Roshni shows trust in Talal and tells Khurram that she trusts her husband more than herself, and Talal ask her that she trusts him so much to which she replies that if she didn’t trust him then she would not be over here as his wife. He tells her that she has to come over here at any cost as she knows that he does what he thinks. They decide to go for dinner. While they are at dinner Ayaan gets kidnapped by Saif and Talal and Khurram go to Saif’s house but find that he has not returned home since yesterday and Saif’s mother asks Talal to believe them to which Talal replies that what they have done to them after that they cannot believe him and he will find Saif from anywhere and will not leave him. Two days have passed and Ayaan is not found. Talal has told police not to torture Saif’s sister and mother. Roshni informs Mustafa about Ayaan’s kidnap. Mustafa comes to Karachi. He tells Lali to meet Saif and know his demand. When they meet Mustafa asks Lali and Saif to reunite. Lali scolds both of them for making her football. Mustafa realizes that he was wrong and apologised to Lali but she doesn’t accept his apology. One night suddenly gate opens and Ayaan comes. Roshni watches Ayaan meeting Mustafa from window and runs downstairs to tell Lali but slips from stairs . Talal holds her and asks her where was she going in hurry. She tells him that Ayaan has returned but he is lost in her. He tells her to walk carefully and what if she falls then she says that he is there to take care of her. It is revealed that Saif has returned Ayaan as he know that there is no place for him in Lali’s heart and he is repenting for his mistake of divorcing Lali. Mustafa and Lali’s misunderstanding gets cleared and all start preparation of Khurram’s marriage. Roshni and Rafia go for shopping and Khurram tell them that he is shopping for them but later at home when Talal demands his credit card back from him it is cleared that Talal has paid for the shopping. Khurram tells everyone that he will always accompany his to be wife for shopping to which everyone called him Joru Ka Ghulam. He says that he is following Talal’s footsteps. Khurram’s nikkah is done and he asks Talal for the rukhsati to be done at the same time as well. Talal goes to talk to his mother and Roshni says that all the boys had planned it as they were whispering since a long time and Hina agrees. Talal comes and tells Khurram that Laiba’s dad refused for rukhsati as they are not prepared yet. Khurram asks what to do now. Talal advises him to run away with the bride. Khurram again asks what to do, not believing what his brother is saying as it is against his usual ideas. Talal and Mustafa both advise him again to run away. Khurram asks Laiba to run but, she is reluctant however, agrees when Khurram tells her that if she loves him she will run with him. The show ends with Khurram running away with Laiba and Talal, Mustafa, Afaq, Lali, Hina, and Roshni protecting them and supporting them. 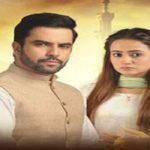 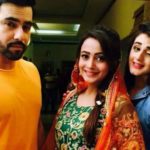 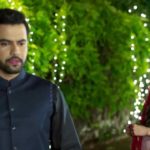 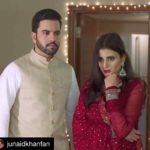 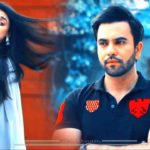 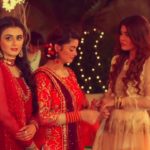 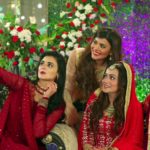 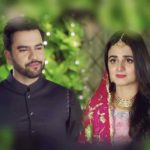 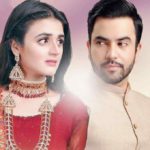 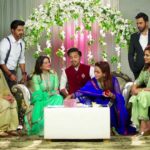