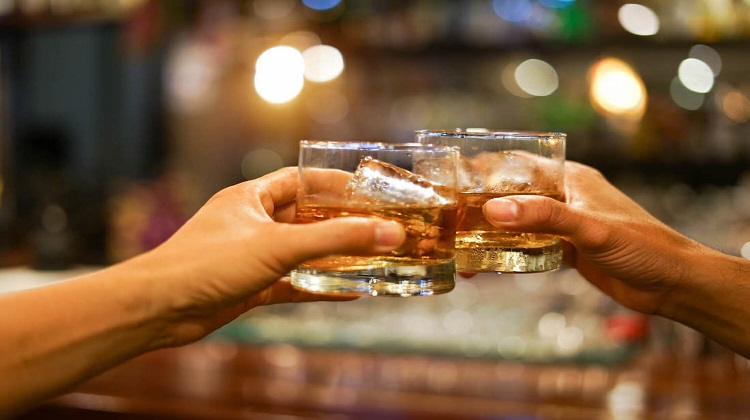 This was an exceptional year for new releases of spirits in all categories, and so it was an exceptional year for drinking. It’s impossible to cover them all, but here are the best of the best, based on alchol alone, including whiskey, tequila, gin, rum, and cognac. Some are easy to come by, while others are expensive and elusive limited editions. But if a spirit tasted good, it made the list—hype, price, and reputation be damned. See if you can find a few of these to try for yourself before the end of 2019, and here’s to another year (and decade) of good spirits.

Four Roses consistently knocks it out of the park with its core range, a lineup of dependable bourbon that could be more expensive than it is but usually isn’t (please don’t raise your prices, Four Roses). The new Small Batch Select is sort of a further refining of the Small Batch expression, a blend of bourbon aged for at least six years using six of the distillery’s 10 different recipes. The ABV is higher too, at 104 proof, and the whiskey is non-chill filtered. Expect a velvety mouthfeel and notes of cherry, oak, and vanilla, making this a welcome—and permanent—addition to the portfolio.

It can be difficult to pick a single barrel bourbon for a best-of list, given that each barrel will be somewhat different. But the move by the underrated Baker’s Bourbon (part of the Jim Beam Small Batch collection) to a 7-year-old single barrel release was a smart one. At 107 proof, the whiskey retains all of the signature Jim Beam nut and grain-forward flavors, along with warmth and a complex bouquet of fruit notes. If you can get your hands on a pair of bottles from different barrels, see for yourself how the flavors compare and contrast.

Admittedly, this is not the most readily available bourbon out there, as it’s a limited regional release. But it’s a damn good one, and works in a way that barrel finishes sometimes don’t. Bardstown Bourbon Company sourced this 11-year-old bourbon from Indiana and finished it in Louisville’s Goodwood Brewing Brandy Barrel Honey Ale casks for about a year and a half, infusing the liquid with rich but not overpowering notes of honey, quince, and vanilla. The two will collaborate again in 2020 with a bourbon finished in Walnut Brown Ale casks, so it will be interesting to see how that compares.

It’s hard to beat regular old Wild Turkey; the high quality and low price of the distillery’s bourbon and rye make it an American classic. The distillery has also released several high-end whiskeys over the past few years as part of its Master’s Keep series. The latest is this expensive but excellent rye whiskey aged for 9 to 11 years and bottled at 109 proof. Think of it as a fancier Russell’s Reserve, and enjoy the spice, pepper, and oak notes that pop with every sip.

A good piece of whiskey news for your palate and your wallet this past year was the release of Old Forester Rye, a new addition to the range and the first new recipe from the distillery in a century and a half. The mash bill is 65 percent rye, 20 percent malted barley, and 15 percent corn, softening some of the spice but keeping the floral notes. The high malt component allowed for a “wholly natural fermentation process,” according to master distiller Chris Morris. The whiskey is bottled at 100 proof, making this a great one to use in cocktails as well.

Yes, this is another expensive whiskey, and one that is probably selling for way more than its SRP. But it’s also fantastic, as Michter’s annual release always tends to be. This was the first of this type of whiskey to be released under the watch of new Michter’s master distiller Dan McKee, and he did a great job selecting the barrels for it. The whiskey is spicy, sweet, and full of toffee and caramel. Save it for a special occasion, if you can get your hands on a bottle.

This delicious Tennessee whiskey from Chattanooga Whiskey has an interesting mash bill made up of yellow corn and three kinds of specialty malt—malted rye, caramel malted barley, and honey malted barley. This is the cask strength, unfiltered version of the distillery’s Whiskey 91. It’s aged for around two years, but tastes like a whiskey that’s twice as old. There’s a pronounced maltiness, as you might expect, but also warm notes of stone fruit and chocolate.

Wyoming Whiskey has been making good, solid whiskey for years now, something that got the attention of Scottish company Edrington (owner of The Macallan), which added the brand to its portfolio in 2018. Outryder is a bottled-in-bond whiskey that combines two mash bills—a high rye whiskey and a traditional bourbon. It’s aged for seven years and hits all the right notes with banana, cinnamon, and some yeasty bread on the palate.