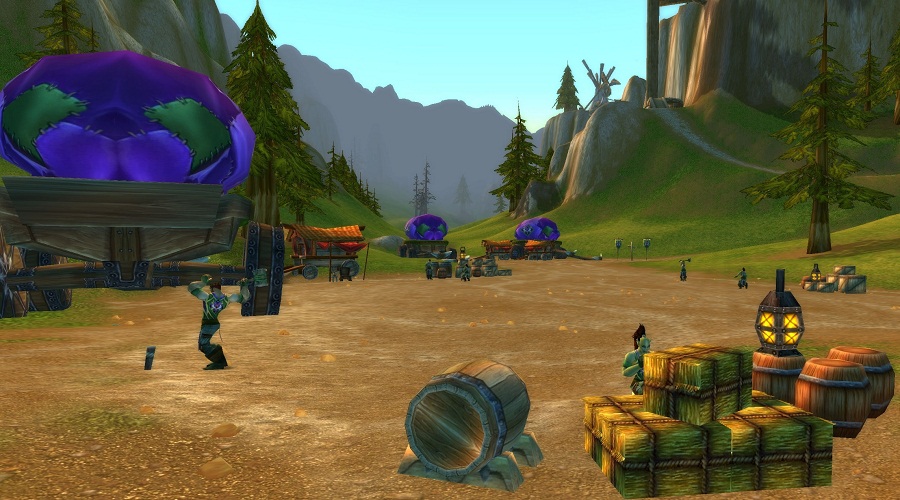 The Minecraft’s Village & Pillage update is one of the most important the game has ever had. Check out how villages work, add a number of new blocks, and bring in a new raid system that acts as a high-level combat encounter. You can read about each new addition here, bug fixes and all, but for the sake of brevity, I have chosen seven new additions that are especially interesting. I say “seven”, but few are a bunch of different things grouped together under a loose heading. I promise it’s still faster than reading the entire changelog. Are you ready to block? * tumbleweeds *

We will adapt with something healthy. Bamboo, the most hipster of all grasses, is one of the great novelties. No longer the sole domain of self-congratulating oral hygiene enthusiasts, bamboo is a useful addition that can be found in the jungles and in two new biomes: the bamboo jungle and the foothills of the bamboo jungle. There are a few reasons why it’s great. First of all, you can instantly cut it by hitting it with a sword, which is perfect for anyone who has ever wanted to pretend they’re in a voxel-based martial arts epic. And secondly, it can be combined with ropes to make scaffolding – a quick and easily destructible construction aid that you can use to climb around your mighty builds.

Why are scaffolds so good? The blocks adhere to each other. This means that if you destroy the bottom block, the whole thing will collapse, which is useful for quickly dismantling an entire tower. And it is also an easy and safe way to climb. Jump while standing inside the block to ascend, slide to descend.

There are many new monsters in the update. Looters are interesting enough to get their own entry, so this, if I’m honest, is the “pandas and some other animals” entry. These sturdy and useless bears have different personality types: lazy, worried, playful, aggressive, etc. You can tell what type they are by their appearance and, most adorable, by their demeanor. The lazy pandas lay on their backs; playful panda rolls; and worried pandas have panic attacks during thunderstorms. I seem to have made it up. I do not have.

Stray cats are another new addition. They are distinct from ocelots, which can no longer be tamed. Like the real ones, they will sleep in your bed, bring you “gifts” in the morning like chicken and rotten meat (thank you, cat!), And scare away ghosts by whistling at them. Canines get some love too – tamed dogs will now attack mobs you shoot with projectiles, just like you were a hunter in World of Warcraft. And the foxes are inside too. Basically dogs, but rogues.

Finally, there is the Devastator. This enormously powerful hostile mob has 50 hearts and looks like the son of an angry table who has had sex with a bull. Frightening.

As the name suggests, this is one of the most important changes in the most recent update. Everything about the way villages are spawned has changed, as has the way you will interact with them as a player. The aesthetics of each village now change depending on the biome – the climate and available resources make a difference. They are also generated differently, which means that the design and architecture have been updated. And the villagers themselves look different now too, with designs that match the biome type they were born / randomly generated in.

The biggest surprise, however, is the professions. Villagers now learn skills from POI blocks, we’ll get to that later, but right now all you need to know is that villagers can learn trades like butcher, blacksmith, or librarian. They even have a routine: they go to bed, work, and meet other residents to chat.

What is a looter without a place to loot? Just a human male. The new update makes a lot of this new type of villager, and they really change the game. Looters appear on patrols around the world and in large outpost towers. If you kill a looting captain, the guys with placards on their backs, they’ll mark you with the “bad omen” debuff. As long as it is active, you will activate a raid when you enter a village. The level of the raid also stacks up, so things can get exponentially worse for the poor dummies who live there.

Forget about bows – the crossbow is officially the coolest way to shoot enemies while on the run. And thanks to the update, Minecraft raiders come armed with the best weapon ever to be removed from the Elder Scrolls games. Crossbows have higher damage than bows and are used differently. They have a separate charging phase and once charged they will fire immediately. You can also use them to shoot fireworks, which is the danger multiplied by two, crazy.

Crossbows can also be enchanted for some useful effects. They can pierce multiple enemies, reload faster, or fire three arrows at once like a medieval shotgun.

In addition to increased trading options on villagers, the update brings a wandering merchant. One of these well-dressed salesmen will appear in all worlds, up to three pieces away from the player. They have six random exchanges, which are blocked after interacting with them.

Wandering merchants stay safe by drinking invisibility potions at night. They are still there and you can still trade them, but good luck finding them. They are also flanked by two flames, providing an additional level of disgusting protection when spitting at hostile mobs.

Finally, we have all those beautiful new blocks. There are too many to review individually; again, I will refer you to this useful list, but we will see the most interesting ones.

Locks in the workplace are the biggest change. These are generated in the villages and will assign trades to unemployed villagers who interact with them. The smoking block, for example, will turn a villager into a butcher. You can also interact with most of these new blocks when creating. Smokers, for example, cook food twice as fast as ovens (unlike actual smoking, which takes longer than a Neptune’s Pride game). Of the new workplace blocks, only the smithy table and feather table do nothing yet; that will come in the next update.