IPL is considered the most prominent stage where every player gets a chance to showcase their talents to the entire world, and it is the biggest T20 platform in the world. It has been 15 years since IPL has ruled successfully, and we have witnessed many great players come out of this league. The contribution of IPL is immense when it comes to producing young talents for every cricketing nation.

From Lokesh Rahul to Cheteshwar Pujara, they were all young when we saw them play for the first time for various teams in the IPL. They have become an integral part of their senior national team. This is why people from all over the nation love to see this league because of its versatility to every viewer. This is a league where you can find young talents to even the greats of this game, play together side by side for the same team or various other teams. Here every viewer can enjoy the game with full glitz and glamour, and everyone loves this.

The 2022 IPL season is no such difference. This year also we saw many young talented boys play, but the exception is that we saw these young talents not only from India but from other nations. This season we learned about our new Indian express, Umran Malik of Sunrisers Hyderabad, to South African baby DeVilliers, Dewald Brevis of Mumbai Indians. These two players made immense contributions to their team, but unfortunately, both teams could not perform well this year. But seeing their performances, they can be the future greats of their respective national team.

When we talk about the 2022 IPL season, we cannot forget about Jos Butler or, in the commenter’s words, “Jos The Boss” of Rajasthan Royals. For many cricket critics, this was the most dominant batting performance by any player in the league’s history. That is why he also won the “MVP” award at the end of the IPL and deserved that. He was the player who single-handedly helped the team to win on numerous occasions in this season.

But apart from Jos Buttler, there were many other nominees whose contributions towards their franchise could not be forgotten. The list is a bit long, but read the entire post, and you will be amazed after knowing their contributions to the teams in IPL 2022 edition.

This English Batsman did not need any introduction, especially regarding the IPL. Hi is always in the race to win Orange Cap every year. He usually opens for the Rajasthan Royals team and is well known for his destructive batting. This year was not the same because he scored monstrous 863 runs from just 17 innings that only a few players can achieve to date. That is why this season remained special, not for him only but for all IPL lovers.

At the start of this season, many people underestimated him as captain, and he helped Gujrat Titans win this IPL 2022 in their first year of the IPL as a team. He led the team from the front from the beginning with both and ball when required. Pandya ended his IPL triumph with 487 runs, most of which came while holding up the team from a difficult position. This made him a stand-out performer this season.

The word six can be a synonym for Liam Livingstone. When he is on the crease, people always tend to see the sky only because of the number of sixes that he hit this season in every innings. He was the most dangerous batsman for Punjab Kings this season, and he helped the team by batting; his leg spin also came in help in various situations. In 2022 IPL, he scored 437 runs but at an unimaginable and monstrous strike rate of 182. But sadly, the Punjab Kings team could not make it to the playoff this time either.

Another deadly all-rounder from West Indies was successful throughout the season with bat and ball in hand, but still, Kolkata Knight Riders failed to qualify for the playoffs. But the previous year’s runners-up had shown many memorable glimpses in this season mainly b because of this man. When he came out to bat, not only the crowds shore loudly but also the bowlers of the opponent team shouted because of the pain they felt when he hit sixes out of the ground. This season, he scored 335 runs along with 17 wickets, and this is the third time he has done this in one season. Also, he is the only player to do so in the whole IPL history.

This Sunrisers Hyderabad bowler was indeed the find of this season. He took 22 wickets from just 14 matches and also bowled most of his balls either over or 150 km/hr speed. This performance also helped him to find a spot in the senior Indian cricket team for the upcoming series. He can be the future star of the Indian bowling lineup.

He was the only bright light for the Chennai Super Kings team the entire season. After Deepak Chahar, their leading bowler got out of the whole season due to injury, he stood up and delivered for the team. His ability to swing the ball in new conditions has troubled a lot of batters this season. Mukesh took a total of 16 wickets this season and has a very bright future ahead.

Another Rajasthan Player with an excellent season, Chahal, ended this season by taking up 27 wickets and won the Purple Cap for taking the highest number of wickets this season. He was the leading key player for the team’s bowling lineup and delivered most of the time. He is an excellent reputed bowler in the international circuit as well.

These are the top picks for the 2022 IPL season. But many other players also had done quite well this season, like Shreyas Iyer, Nitish Rana, Rahul Tripathi, Sunil Narine, Shubhman Gill and many more. But the inclusion of all was not possible. These players can easily make it into this list of their talent in the coming seasons.

Know all about cricket news and updates at CBTF news.

Get the fastest cricket news update at https://cbtfspeednews.com/. 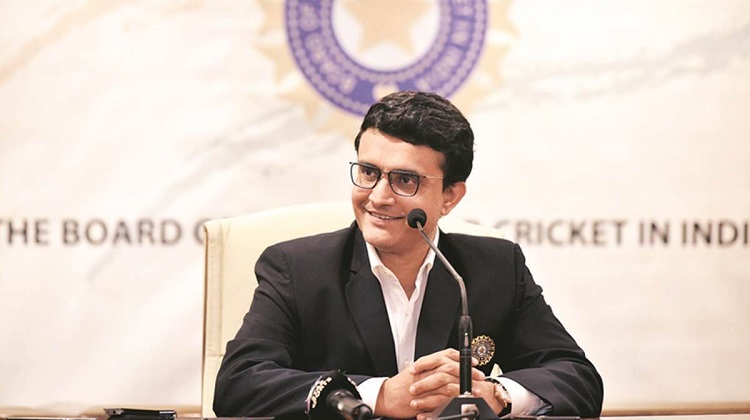 All you need to know about Sourav Ganguly’s Illustrious career