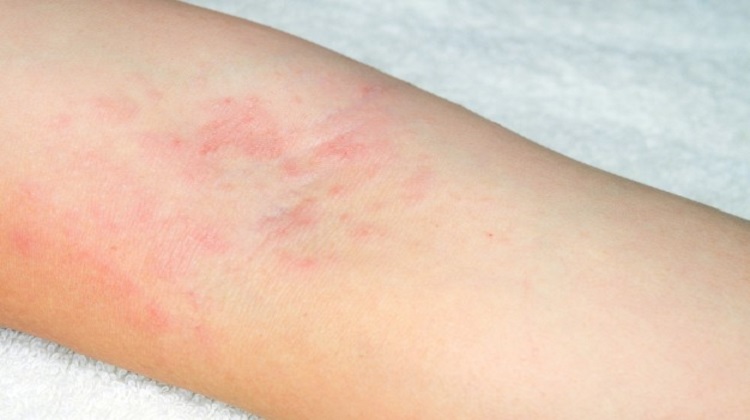 If you or a loved one suffer from Psoriasis, then the solutions listed in this article will be very beneficial to you.

In brief, psoriasis is a skin condition that causes crusty, flaky, red patches of skins, covered with silvery scales. In most of the cases you will see these patches appear on your knees, scalp, elbows, and lower back. However, these patches might also appear anywhere on your body.

Psoriasis is a condition that is unique to the individual suffering from it. Not everyone will have the same issues with psoriasis. Everyone gets different problems when it comes to this disease. As such, there really is not an uniform way of fighting the condition. The treatment plan needs to be tailored to meet the custom needs of the individual being treated. In addition to seeking treatment for doctors and dermatologists, the following are effective and unique solutions to your psoriasis problems. The following list of remedies ought to be used in addition to whatever treatment plan your doctor has suggested for you.

Just a warm bath can do wonders to someone suffering from psoriasis. It is important to mention here that the bath has to be warm and not hot. Adding some additional ingredients to the bath can really help fight the irritation and itchiness of the skin that is caused by psoriasis. These ingredients can be Epsom salt, colloidal oatmeal or some oils such as mineral oil or olive oil.

In particular, the use of Dead Sea salts when bathing can really have a good effect on psoriasis. There is a wealth of minerals found in the Dead Sea and it is also a lot more saltier than any ocean.

The cream extracts of the Aloe Vera plant has a lot of medicinal qualities. The cream extract when applied to the skin can really help with itching and irritation and can also reduce redness and scaling. Studies trying to prove the effectiveness of aloe vera cream for treating psoriasis has had mixed results. Some of the available literature on the topic do, however, point to the fact that psoriasis when treated with the extracts of Aloe Vera have been known to see a significant improvement in the psoriatic plaques.

Fatty acids, such as the ones in Omega 3, are known for their ability to reduce inflammation in the body. This suggests that there is a lot of benefit in using these acids to fight against the symptoms of psoriasis. Inflammation is the main cause of the red, itchy flakes. Thankfully, omega-3 is a natural substance that is found in a variety of foods. These foods include fatty fish, some nuts and seeds, soy etc. It is also sold as a supplement in many health stores.

The studies conducted on the effectiveness of these fatty acids in treating psoriasis has shown mixed results to date. The important thing to note here is that although the results were mixed, a prominent number of studies have concluded that this substance does help with fighting the symptoms of psoriasis.

Although, large studies have not been conducted on the efficacy of turmeric in treating psoriasis, a number of smaller clinical trials have shown that using a topical turmeric gel can significantly lessen the symptoms of psoriasis.

A study with a small scale of operations found that when turmeric gel is applied twice per day for about nine weeks, there was a significant improvement in the size, redness, scaling and thickness of the psoriasis lesions. Another study also found that taking turmeric orally also has a host of benefits when fighting psoriasis.

Light therapy has been proven to be effective in combating the symptoms of psoriasis in a lot of people. How this type of therapy works is by cutting down on inflammation in the skin and it also slows down the production of cells in the skin. This is still thought of as being an unorthodox approach to treating psoriasis. This therapy is usually recommended for people who have a moderate to severe case of psoriasis or when the regular treatment methods have failed.

Light therapy basically works by exposing the skin to a very bright and shining ultraviolet light. This has the potential to dramatically cut down the undesired symptoms of plaques caused by psoriasis. In some cases, it may even make them go away completely. Although it definitely does not cure the ailment, it makes the disease that much more manageable which will improve the patient’s quality of life drastically. It basically works by reducing the rate at which skin cells grow. This really helps with cutting down on plaque formation.

This is basically an antimicrobial herb found in the barberry family. The other name or Oregon grape is Mahonia aquifolium. A variety of studies have shown that a cream with the extract of this herb can help those suffering from psoriasis. A clinical study showed that after about 12 weeks of applying this cream extract, about 80% of the study participants were much better off in dealing with their psoriasis symptoms. It was also shown that this extract was extremely safe to use and it did not produce any undesired effects in the patients.

Another way of fighting this condition is to try and maintain a healthy weight. Not only does it help with a person’s health in general but it has been proven effective in fighting psoriasis. Being obese only increases the risk of numerous health conditions and it definitely increases the chances of someone developing psoriasis. Not only that, an obese person will experience much more pronounced symptoms of psoriasis than a slimmer person. A healthy diet is paramount to reducing weight. This includes cutting down on all sugars and unhealthy carbohydrates. A regular exercise routine will also not go amiss in fighting obesity.