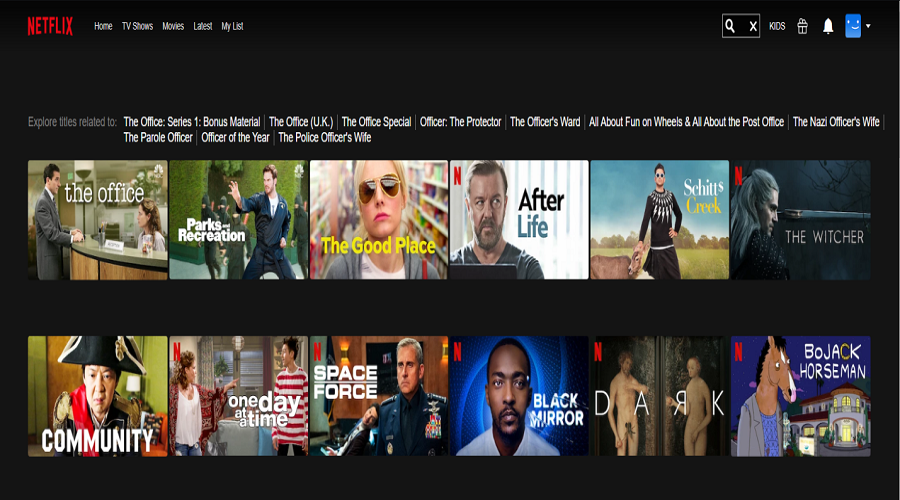 With so many awesome shows and movies on display, it’s no wonder Netflix is usually considered the best streaming platform on the web. There’s just one thing keeping it from being perfect – geo-blocking. Unfortunately, the content you get completely depends on what country you are from.

For example, you can only watch The Office or Dexter in the US. Road House is only available in Canada, and It’s Always Sunny in Philadelphia only works in the UK.

The examples could go on and on. If you’d like to check where a specific show or movie is available, we recommend cross-checking multiple Netflix libraries with this tool. Just search the name of the show or movie, and StreamCatcher will tell you where it’s available. You can also use this chart from Surfshark to see which libraries have the most content (spoiler – it’s the US, UK, and CA libraries).

Why the difference in content libraries, you ask? We’ll answer that question, and show you how to easily unblock Netflix anywhere in the world in this article.

So Why Is Netflix Different Depending on Your Country?

Here’s the thing – all the shows and movies you see on Netflix? They don’t all belong to Netflix. They actually buy distribution rights from the copyright holders to show the content on their platform. But they don’t get the rights for all countries, just a few regions.

Because it’s much more profitable for copyright holders to sell the rights in different countries to different streaming sites and TV networks.

So if you can’t watch Dexter on Netflix in Portugal, it’s because the site doesn’t have the distribution rights to the show there, meaning they can’t legally stream it in your country.

If you want to overcome this problem and get access to movies or tv shows regardless of whether your country enjoys copyright or not, you have a simpler solution. Just use the 1337x proxy and get your hands on whatever you want to catch on your screens.

What about Netflix Originals, Though?

They’re usually available wherever Netflix is available. They’re owned by Netflix, after all.

But there is one exceptions when they’re not – if Netflix sold the rights to them to other sites or TV networks.

That happened with Orange Is the New Black in Indonesia. When the show launched, Netflix wasn’t available in that country. So they sold the rights to it to a third party. Now, Netflix is available in Indonesia, but they don’t have the distribution rights. Because of that, they have to geo-block the show in Indonesia even though they own the copyright.

We already mentioned geo-blocking, but what exactly does that mean?

Basically, it’s a form of content control that tells sites which connections requests to redirect, blacklist, or whitelist. Websites do that based on users’ geo-location, which they easily learn from their IP addresses (they reveal what countries and cities they are from).

In Netflix’s case, geo-blocking is responsible for redirecting you to your country’s content library.

Well, it’s really simple – you just need to use a VPN. It’s an online service that hides your IP address from Netflix. It does that by routing your connection requests through a VPN server. That causes Netflix to think your requests are coming from the VPN server, not your device.

For example, as long as you use a VPN server in the US, Netflix will think your connections are coming from that country. So the site will redirect you to the US library.

What’s more, a VPN also encrypts your traffic end-to-end. That makes your web data unreadable, which means ISPs can no longer throttle your bandwidth when you binge Netflix for hours on end.

You just have to make sure you use a really good Netflix VPN. Not all of them can unblock the platform. Netflix is actually really good at detecting and blocking VPN IPs, resulting in the annoying Netflix proxy error.

Finding a reliable VPN can be tough, but we’ll make it easy for you. Not only can you check multiple Netflix libraries with this tool, but you can also get recommendations about which VPNs you should use. The suggestions are based on ProPrivacy’s data, the leading VPN review site in the industry. 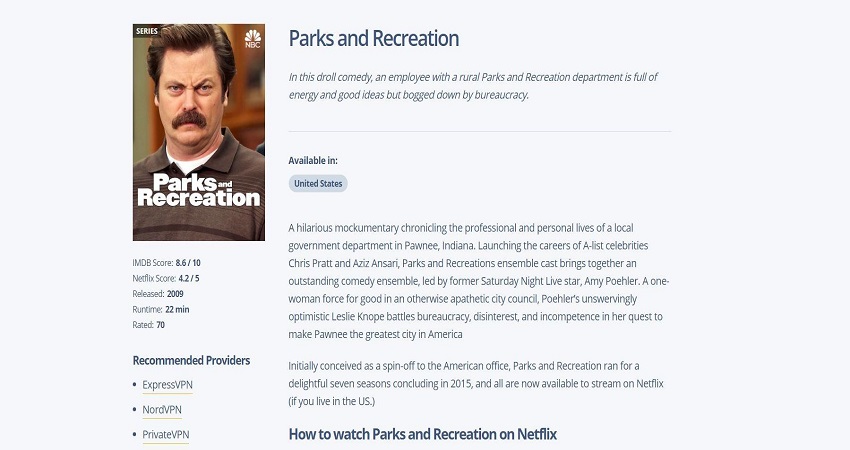 Can You Improve VPN Speeds when Unblocking Netflix?

While VPNs are excellent unblocking tools, they can lower your original speeds. It’s not a huge slowdown, but it can be noticeable sometimes.

The good news is you can improve the VPNs speeds you get. Here are three ways to do it:

1. Use a Nearby Server

The farther you are from the VPN server, the more it takes data packets to travel between it and your device. So the slower the VPN speeds will be.

So connect to a server that’s close to your geo-location. If you’re from the US, and you want to watch a show that’s available in Germany, Portugal, and Poland, you should connect to a Portuguese VPN server.

Yes, OpenVPN is one of the best protocols in terms of security. But it’s also very resource intensive given that its code base can average between 70,000 and 600,000 lines.

You’re more likely to get faster speeds with more lightweight protocols like:

PPTP is also very fast, but please remember that it’s not secure at all. The NSA can actually crack PPTP encryption.

If you have no choice but to use OpenVPN, set it to run over UDP since it’s faster than TCP.

3. Use Wired Connections, Not WiFi

Wi-Fi is convenient, but the speeds you get will be slow if your Wi-Fi signal is weak. And it will be weak if you’re in a different room than the one the router is in.

If possible, use the VPN on a device that can connect directly to the router. Or at least bring the device as close to the router as you can if you have to use Wi-Fi. Alternatively, consider getting a range extender (like the ones from TP-Link) to boost your signal’s strength.

How Do You Feel about There Being Different Netflix Libraries?

Do you think their approach is justified, or do you think it’s unfair some countries have to settle for less content while paying more or less the same price?

Go ahead and tell us your opinions in the comments. Also, if you know other ways to unblock Netflix, please mention them.