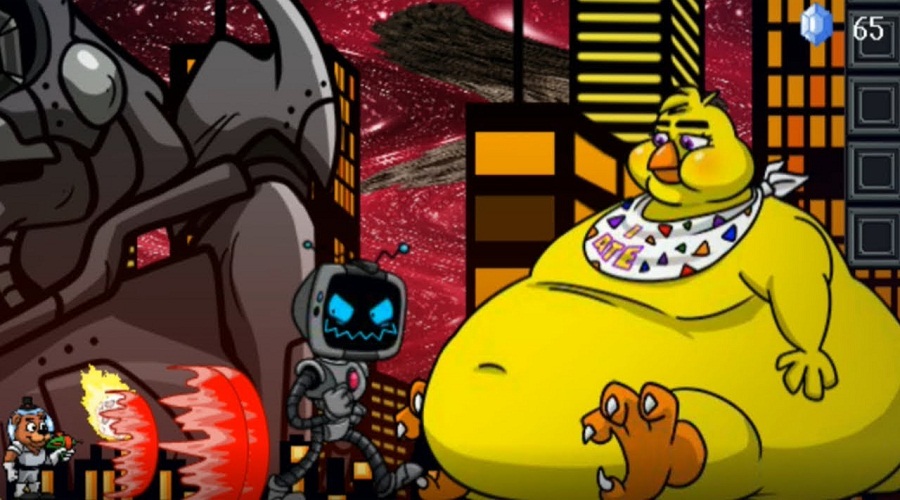 Five Nights at Freddy’s has another spin-off game, this time in the form of a side-scrolling platformer. Freddy in Space 2 is actually a sequel to a minigame contained in FNaF World, which itself is an RPG spin-off perhaps best known for its sudden removal from Steam (now available on Gamejolt after some much-needed fixes) .

Still with me? The most important thing to know is that Freddy in Space 2 is a new, free, action-oriented FNaF game, and it looks decent in action, albeit a far cry from the series’ horror roots. As creator Scott Cawthon explains on Gamejolt, the game was created for a Game Theory charity broadcast.

But that doesn’t mean you can’t just download and play it: while it’s just “a novelty game,” it features nominal Freddy in space, which is ridiculous enough to be worth watching.

“LolzHax has brainwashed the other resident space warriors, Bonnie, Chica, Foxy and that strange lanky space puppet, and has locked Freddy’s son out of the station with little air left. Can Freddy rescue his friends, defeat LolzHax and save his son in time? “