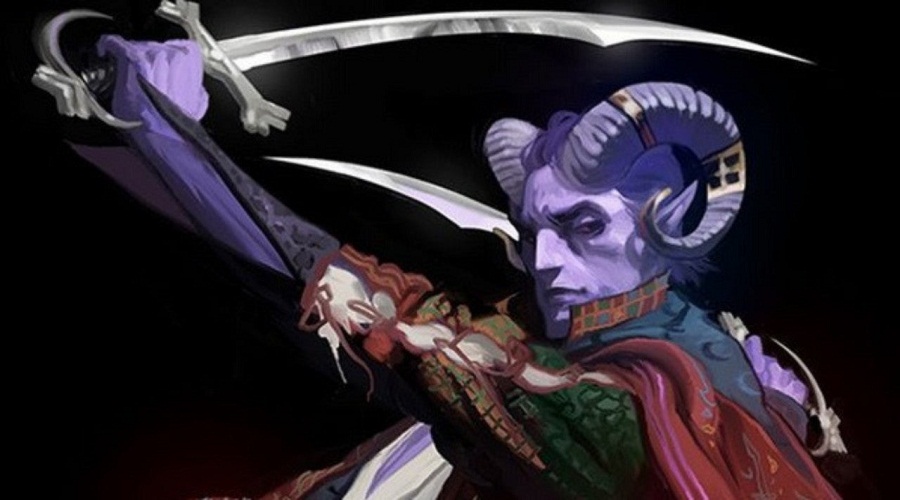 With a cast of professional actors drifting in and out of character during lengthy D&D live broadcasts, Critical Role is prone to ambiguity. Viewers can’t always distinguish between the character’s emotions and real ones, which in one case led some fans to believe that two players were actually arguing over a magic bowl (they weren’t). But when player Taliesin Jaffe excused himself from the room during a recent episode, that ambiguity disappeared from the table for the first time this season. He didn’t have to do any role playing, because his character was dead.

The Twitch chat was inconsolable. A scripted show probably wouldn’t have brought the character of Jaffe, a carnival actor named Mollymauk and a favorite subject of cosplayers and fanatic artists, to a shallow grave in just 26 episodes. And that show also wouldn’t include a scene where the actor is told they have been canceled. (Since then, Jaffe has returned with a new character, of course.)

It was heartbreaking, but chance is part of what makes Critical Role and other board game shows attractive. When the livestream starts every Thursday night, not even the many-voiced dungeon master Matthew Mercer (who you might recognize as McCree’s voice from Overwatch, for example) knows exactly where the adventure will go or if everyone will survive. .

Not long after Molly’s death, I spoke to Mercer and Jaffe on Skype about what it’s like to die (and tell someone who has died), how they handle permanent death in their D&D games, and what advice they have for others who want ( or I don’t want to) deal with death in tabletop role-playing games.

Mercer and Jaffe’s friendship wasn’t going to suffer from the dice rolls, but Mercer says he felt guilty recounting Molly’s death, which came after a series of unfortunate rolls during a planned but dangerous assault based on information from poor quality. Jaffe had played Molly every week (except one) since early January, when the second Critical Role campaign began. Before that, he had been thinking about the character for a year and a half, composing a personality based on real people he knows, including some who have died. In narrative-heavy campaigns like Critical Role, characters are more than statistics, and Mollymauk was an extension of Jaffe’s experiences and values.

Should your D&D game include permadeath?

At higher levels, it becomes difficult to die for real in Vanilla D&D 5e, as long as your party is prepared to bring you back from the dead. But a DM and a group who want to incorporate more risk can modify the rules however they want to make death easier or resurrections more difficult. However, why do it? Jaffe was clearly upset at the time, the other players were almost speechless, Critical Role viewers were upset, and the narration of Mercer’s death did not ooze “fun.”

When should you kill a player character?

Death can be a radical twist that challenges both the players and the DM, but an obvious tip: before plunging a halberd into someone’s chest, make sure your players agree to death and warn them of the risk frequently. . Mercer says he reminded the group multiple times that while they were practically “demigods” in their previous campaign, death was a real possibility in the new low-level character campaign. “And as good players, we all said ‘yeah yeah yeah sure sure’ and then we didn’t find a replacement character because we’re gods,” says Jaffe, laughing.

However, even if everyone is on board, when should the DM strike the killing blow? When Molly fell unconscious alongside the party’s future villain, Mercer barely hesitated before recounting the aftermath, even though there was a lot to consider. Would the villain kill someone who can’t defend himself? It turned out that it was. But on top of that, the team was playing guest star Ashly Burch, as two regular players were out for personal reasons.