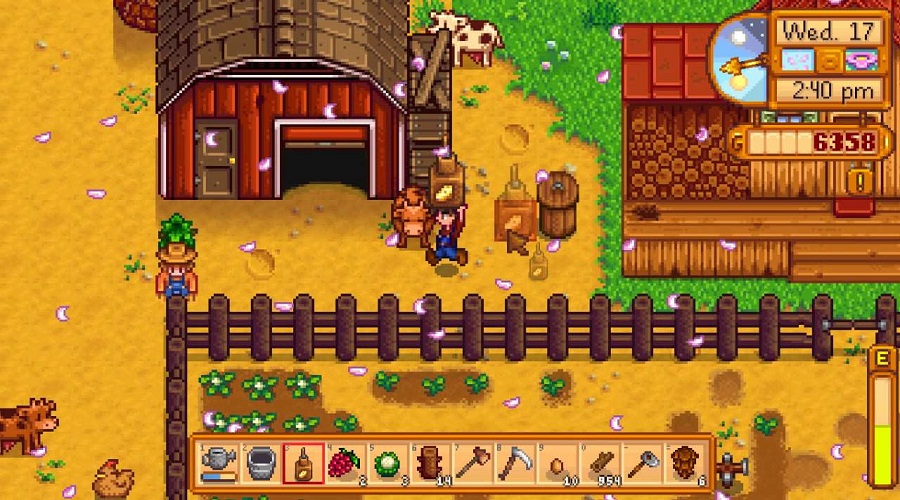 ConcernedApe released patch 1.4.1 to address the issues found in the big 1.4 Everything update. The patch was originally shipped as version “1.4.0.1” but has been changed to 1.4.1 to maintain compatibility with the stardew valley slime hutch Modification API.

CONTROLLER: Fixed some inconsistencies with cursor location when item storage is on.
CONTROLLER: Fixed an issue where using the toggle buttons to swap pages in the Junimo bundle menu while holding an item would cause it to get lost.
CONTROLLER: Highlighting a drop-down menu option on the options screen in the controller now snaps to the drop-down button, no longer obscuring text.
CONTROLLER: When a dialog question is asked, the first selectable option is now selected by default in controller mode, regardless of whether the controller style menus option is enabled or not.
CONTROLLER: Fixed an issue in the mission log where if you move the cursor to the right from the “back” button when viewing a mission description on the second page or on a higher page of the mission log, the cursor it would move to an invalid position.
Fixed various typos.
MODDING – added in a null check for loadDataToLocations as a courtesy to people with residual mod data in their save file
MODDING: Fixed the debug / friendAll command granting friendships to NPCs that are not friendly, which could possibly cause issues in any game mechanic that randomly selected a friend.